Everyone’s patiently (and excitedly!) anticipating the wedding of Filipino artist Anne Curtis and food enthusiast and vlogger Erwan Heussaff. The pair definitely know what it’s like to squeeze in quality time during their wedding planning season. Just recently, they went to Seoul, South Korea, and we got a glimpse of the real deal between these two via Erwan’s vlog. Here are some of the simple yet sweet lessons we picked up from the video! 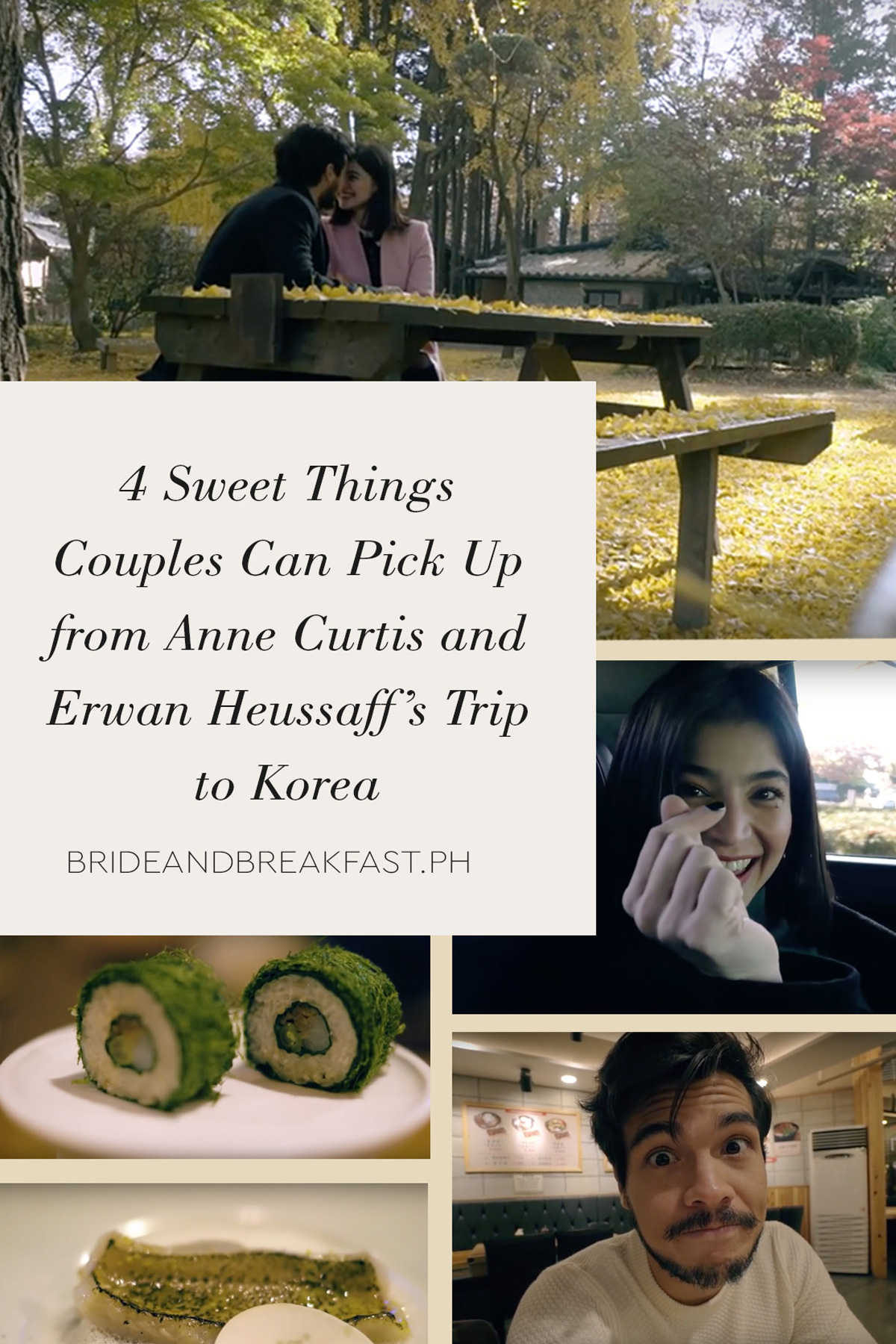 1. They traveled to a place where they could both enjoy. Anne is a diehard Korean drama fan, while Erwan loves Korean cuisine. They had a cute pact they agreed to–every K-drama shoot location Anne wanted to go to would equal a meal stop in a place suggested by Erwan. While it was a spontaneous trip, they were quick to think of a way where both of them could have a good time. That’s compromise at its finest, everyone!

2. What made their partner happy made them happy as well. Even though they both had different methods of exploring Korea, they both showed interest in their partner’s likes. Erwan played along with Anne’s quirkiness and fangirling, while Anne was game for all the food trips Erwan wanted to try. It wasn’t just plain compromise, but a genuine enjoyment of what their partner was interested in as well!

3. Spending quality time with each other was their priority.

In the two days they were there, they even made time for a romantic couple shoot! They wore stylish outfits and went to the most beautiful locations, yet everything still looked natural. (This photoshoot is just #goals, don’t you think?!) So besides making time for what they wanted individually, they also did something they both loved–photography and documenting their travels together. So sweet!

4. They both love inspiring not only each other but other people as well. Some couples are private, and to a certain extent, these two probably are as well. But for some of their passions, they use their talents and interests to also inspire others to appreciate the things they enjoy. Erwan was keen on sharing his best Korean food finds and Anne showed us how she fell in love with K-drama. And truth be told, after watching their video, you would most likely want to visit Korea yourself.

Can’t get enough of them? Go ahead and check out the whole video by Erwan below!

Stills were taken from Erwan Heussaff‘s vlog. Photos from their Nami Island shoot by SweetEscape.